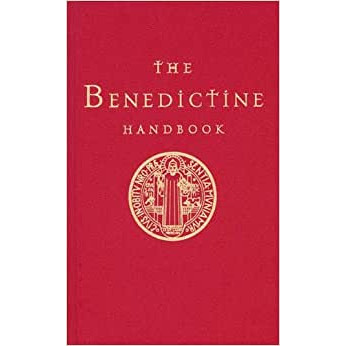 “Our aim is to create a lifelong companion for you, the friends of monasteries, you want to seek God with the sons and daughters of St Benedict. This handbook is not written for monks and nuns themselves, but rather for those who belong, in whatever sense, to the wider family of the Benedictines. It is not meant to be read all at once — we hope that you will dip in and out of it, sometimes for information but more often for support in prayer and for deepening your own sense of belonging.” — from the Introduction by Fr. Anthony Marett-Crosby OSB, Ampleforth Abbey

This handbook is written for oblates and those drawn to Benedictine spirituality. The book contains: