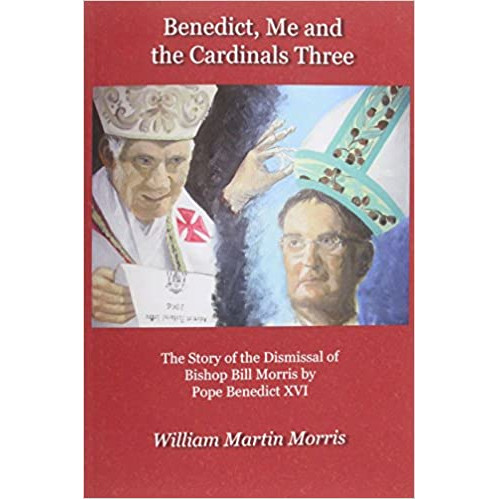 BENEDICT, ME AND THE CARDINALS THREE

“This is the story of my dismissal as the Catholic Bishop of the Diocese of Toowoomba, in Queensland, Australia. It relates, from my perspective, the dealings I had with various Congregations (Dicasteries) of the Vatican’s Curia in Rome and with certain cardinals and officials in those Congregations, as well as with Pope Benedict XVI, regarding pastoral activities and a letter I wrote to the diocese in Advent of 2006 while the Bishop of Toowoomba.

The book details the background and events which led  to my being asked by Pope Benedict XVI to resign as Bishop of Toowoomba when I had a meeting with him in Rome on the 4th of June 2009.

I did not agree to resign, but negotiated with Pope Benedict to take early retirement which was announced on 2 May 2011.

The book has been written to give the story from my perspective of what happened in the lead up to my taking early retirement after refusing to resign. In the view of a number of civil lawyers, canon lawyers and theologians, both here in Australia and overseas, I was deprived of natural justice as I was in no way able to appeal the judgments or decisions that were made in these circumstances. This was made clear to me by the three cardinals in Rome with whom I had most contact over the time and by Pope Benedict XVI himself.”