View cart “HOLY BIBLE” has been added to your cart. 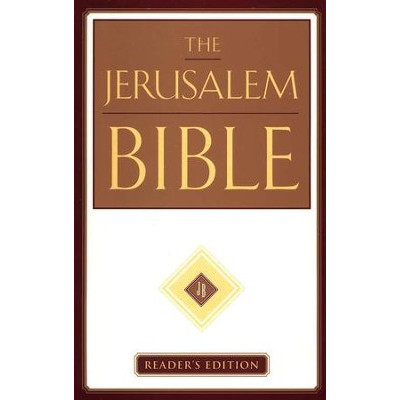 When it comes to Bible translations, readability and reliability are what matter; and on both counts, the original Jerusalem Bible stands alone. Reissued for the first time in over a decade, The Jerusalem Bible, Reader’s Edition carries the imprimatur of the Roman Catholic Church.

Starting with definitive original language texts, enriched by the then recently discovered Dead Sea Scrolls and other archaeological discoveries of the mid-twentieth century, biblical scholars of the Ecole Biblique in Jerusalem produced a meticulously accurate, wonderfully readable translation of the complete canon of Scripture known as La Bible de Jerusalem. From this French original came the English edition, edited by renowned British Bible scholar Alexander Jones of Christ’s College, Liverpool.

For all who are discovering the mysteries contained in Scripture for the first time, and for those coming to this holy book for regular inspiration, only a clear, understandable Bible translation will do. With language as exquisite but more modern than the King James Version, and based on the most reliable ancient language texts, The Jerusalem Bible is the one Christians the world over can trust.