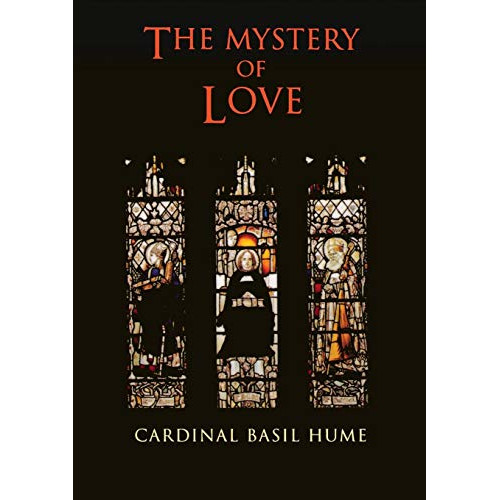 THE MYSTERY OF LOVE

“It is in the stillness and silence that we hear the voice of God calling to us to look for him in the world he has created, and to listen to his speaking deep within.”

In The Mystery of the Incarnation and The Mystery of the Cross, the late Cardinal Basil Hume reflected on the need for Jesus Christ in our own lives and in the life of society, and on the meaning and purpose of suffering and death. The third title in the trilogy, The Mystery of Love, is a very different kind of book. Basil Hume himself described it as a collection of ‘starting points for prayer and meditation’. It includes a moving meditation on the Our Father that Cardinal Hume shared with his friend John Crowley, Bishop of Middlesbrough, a few days befor his death. John Crowley writes in his foreword, ‘The poignant context gives an especially luminous quality to this particular meditation, but everything in The Mystery of Love is likely to provide a trigger for prayer. How happy Cardinal Hume will be to know that what follows will help us raise our minds and hearts to God.’

Basil Hume OSB was the the Cardinal Archbishop of Westminister from 1976-99, and a monk, and former Abbot, of Ampleforth Abbey. He died on 17 June 1999. One of the best-loved religious figures in the United Kingdom, he wrote several best-selling books, including Basil in Blunderland, Footprints of the Northern Saints, The Mystery of the Incarnation and The Mystery of the Cross.