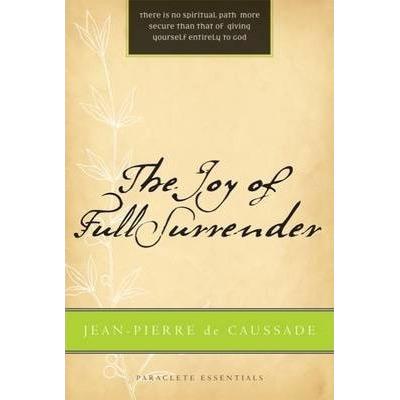 THE JOY OF SURRENDER

The will of God has nothing but sweetness, grace, and treasures for the surrendered soul.

This inspirational classic was compiled more than a century after the death of its author, the French Jesuit Jean-Pierre de Caussade. Gathered from the notes, discussions, and letters that he left behind, these reflections focus on accepting the will of God with an open heart, and learning to slow down and live life in the “sacrament of the present moment.”

Jean-Pierre de Caussade (1675-1751) was a French Catholic spiritual director. Little known during his lifetime, his writings have helped Christians of all backgrounds, and inspired understanding between Eastern and Western religions, in the nearly 300 years since his death.