View cart “THEY SPEAK BY SILENCES” has been added to your cart. 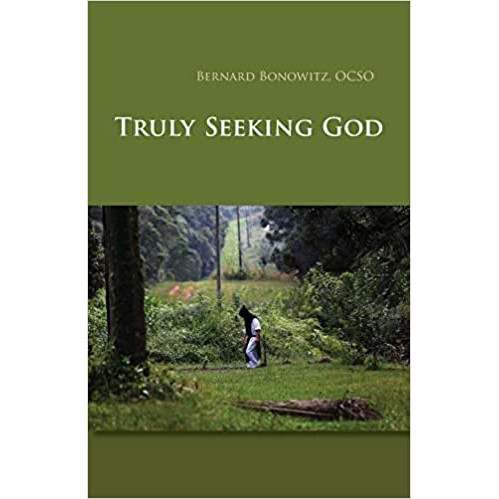 Truly seeking God is the one requirement Saint Benedict establishes for the admission of a candidate to the monastery. Once inside, that is exactly what he or she will be doing. In the first part of the book, “From the Rising of the Sun to its Setting,” Bernard Bonowitz recounts the ways in which the monk actively seeks God in all the practices and places of the monastic life—in silence and liturgical prayer, work and leisure, solitude and community, spiritual direction and fraternal friendship, the encounter with nature and the encounter with the unsuspected recesses of his or her own heart.
Grace is ever at work through the ongoing fidelity of a monk or nun to the monastic vocation. In the second half of the book, “The Making of a Monk,” Bonowitz describes the gradual transformation that grace effects, transforming the innocently self-centered novice into the young solemnly professed, content to carry the weight of responsibility within the community, and finally into the beautiful elder, joyfully focused on God and neighbor and filled with desire for eternal life.

Bernard Bonowitz, OCSO, was born into a Jewish family in New York City. While studying at Columbia College he was received into the Roman Catholic Church and then entered the Society of Jesus in 1973, becoming a priest in 1979. In 1982, he transferred to the Order of Cistercians of the Strict Observance at Saint Joseph’s Abbey (Spencer. Massachusetts) where he served as a novice master from 1986 to 1996. That year he was elected prior of the Trappist monastery of Our Lady of Novo Mundo in Brazil and became first abbot in 2008.

We are currently on our annual break.

You are welcome to place your order with us but please be aware that we will not be responding to emails during the month of May. We will begin processing orders in the first week of June.

If your order is urgent and the due date falls in May we apologise that we cannot meet your request.

Thank you for placing your order with us.

We hope that you and your family are safe and well.