One of the Fathers used to say that some old men were sitting one day and talking of what was useful to the soul. One of them had the gift of vision and he saw angels who were waving branches in honour of the old men, but when one of them began to speak of irreverent things, the angels withdrew and some pigs walked amongst the old men bringing a bad smell and messing up everything. As soon as they began once again to speak of what was useful to the soul, the angels returned to do them honour. 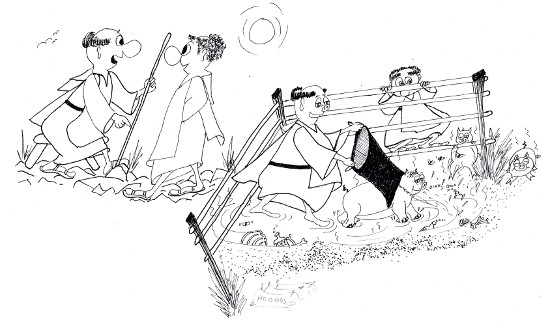 One of the Fathers said, ‘The eyes of pigs have a natural conformation which makes them turn towards the ground and they can never look up to heaven. So is the soul of one who lets himself be carried away by pleasure. Once the soul is allowed to slip into the slough of enjoyment, she can no longer get out again.’