Something happened the other day and, fleeting though this moment was, its legacy has plumbed some rather deep places within my heart, leaving a rather sobering,  yet not unfamiliar, paradox hovering in its wake. It all began with a rather big black spider that caught my attention one afternoon as it began weaving the largest and most intricately exquisite web on my verandah. Noticing but not lingering, I went on with my work. 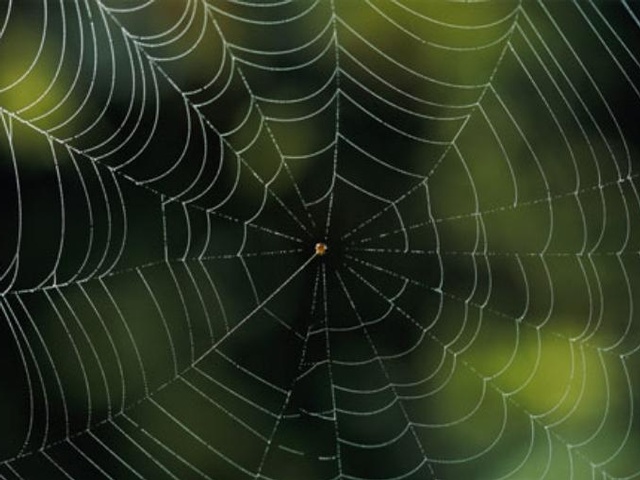 Glancing out my window as daylight spread its gentle rays over our paddock the next morning the first thing I noticed was the spider, quietly occupying the now completed web. I am not at all “comfortable” with spiders and this one was no exception. I decided to ignore it, probably managing this for about 15 minutes. Finally, I checked to see what he was up to. He had disappeared, leaving the web swaying in a fairly forceful breeze.

In spite of my “reservations” toward the spider, I marvelled at the beauty of his creation. How fragile it was and yet how strong! How magnificent and yet how dangerous, for by now there was a fly facing its demise, with no hope of escaping the sticky mess it had unwittingly got itself into.

Turning my back in it all, I went on with my day.

A sister came to my cell a few hours later asking me to double check some work arrangements she had made and we went through her list together, totally absorbed in our task. As we were winding down, she looked at me and quietly said “Have you seen the web”? I nodded, looking closely at her for any sign of panic (we both suffer rather severely from anacraphobia, often joking together about our cowardice).

Slightly in awe of her capacity to delight in the beauty of something so threatening, given her fear, I listened intently as she reverently explained how a spider goes about making a web. She had watched this marvel unfolding one day.

This was the melting moment, so fleeting and yet so enfolding, that moment when I saw the complexity and yet the simplicity of life at all levels. It was as though something greater than ourselves had permeated the moment and impelled us to a quiet awe in its presence. All seemed to be one. 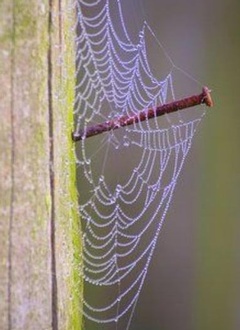 Reflecting later, and feeling a little sad about other insects as I noticed them trapped
in the web, I became aware of a paradox in all of this and it is the paradox of the Cross. I knew once again that truth, beauty, life, light, hope, strength, darkness,
death, danger, together form the cruciform, without which no life is possible. I am impelled to live within this mystery, knowing that it is the essence of Truth.