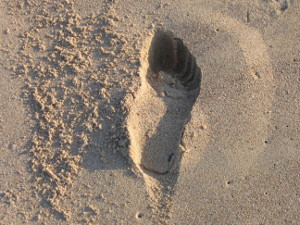 I recently read an instance from the life of Carlo Carretto. He was a member of the beautiful community of the “Little Brothers and Sisters of Jesus”. They were founded by the desert hermit and mystic, Charles De Foucauld, though when he died there was not a single member of that fraternity present. Their spirit is that of the Gospel and one that is committed to living the life of the poor of our world along with a deep and ever present prayer. Indeed every member of that community at some time makes a forty day retreat in a desert in imitation of the forty days in the wilderness spent by Jesus before embarking on his public ministry.

Carlo joined the group at age forty four, after a good amount of time spent in active lay ministry in his native Italy, much of that during the Second World War where his life was always at risk. Indeed he was arrested and it was only thanks to some friends that he managed to escape. He knew what forces were operative in this world of ours.

He had high hopes for his new life as a Little Brother of Jesus and threw himself into his desert formation with all the vigor of a much younger man, perhaps the more so because of his life experience. He wanted to take this new found depth of spirituality to the poorest of slums around the word. He wanted to scale unknown heights for the love of Jesus and in every respect he was more than capable of doing it.

One day he was out with a group of brothers and it happened that some pain in his leg necessitated an injection. The injection went wrong and Carlo was left with a paralyzed leg. Suddenly his dreams were no more, instead he was reduced to the level of a pain wracked invalid, and only able to do the most menial of tasks. He didn’t rail against it or blame the man who had given him the needle; he quietly set about accepting his lot as coming directly from the hand of his always loving Father.

We too often feel constrained by very many things, the people around us, our lot in life however that plays out, our past, our own way of understanding, who we are, etc. etc. At any given time any of these can threaten to overwhelm us and seem to have the power to paralyze us. We need the God who came to Carlo, the God who reminds us that he has chosen to be constrained and contained in whatever is constraining us. He takes his place within our constraints.