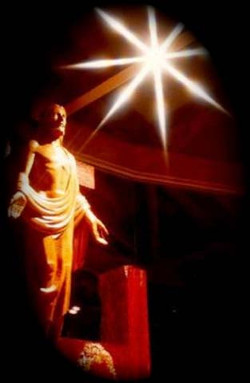 There is recognised illness in Christchurch, New Zealand right now. It has come as a result of the many earthquakes that have hit that city and surrounding districts. A great number of people are reporting heart related illnesses, so much so that it has been officially called “The Broken Heart Syndrome”. It is a recognised fact that people can die of a broken heart or live hard and excruciating lives as a result of one. I imagine the people in Syria, and every other place of conflict in our world, are living with just such a heart that may surely kill them sooner than any drone or stray bullet.

It made me think of our own lives. Anyone who has truly loved has known a broken heart. Perhaps as you read this reflection that is how you are feeling. Perhaps a relationship that meant everything to you has finished. Perhaps the job that promised so much is at an end. Perhaps you have been sitting in a chair numb because grief has overtaken the very fibre of who you are. All of these and more can constitute a broken heart. I have a theory that Jesus Himself died of a broken heart. How could anyone, who loved as He did, endure the rejection of the very people He loved – the very people He gave His life for?

What do we do with a broken heart? I only know one remedy. It is to take your heart to God, minute by minute, day after agonising day and tell Him all about it. You and I are caught up with the God who puts the kettle on and always says “Come and tell me about it”. We can say, “But I just told you about it half an hour ago”! It makes no difference, He understands that a broken heart needs to be talked about over and over and over again.

There is a further remedy and this perhaps comes a little later when the first rush of pain has worn off. Though having said that, when a broken heart is a constant companion, then what I am about to suggest, is the first step. It is this: to actively abandon yourself to God. Get into the habit of saying a prayer of abandonment every day. You may like to use “The Prayer of Abandonment” of Charles de Foucauld or “The Prayer of Surrender” of St. Ignatius (all readily available on Mr. Google) or say some simple sentence of abandonment, like “Father I give myself into Your Hands”. It is what Jesus said on the Cross and I suspect He did it then because He was used to doing it at every other time when His heart was broken.

What tends to happen if you abandon yourself to God, is that your heart gathers confidence, it knows that Someone with incredible love for you is holding your fragile heart in His own. Furthermore, He is even now bringing you to the promised land of peace and wholeness, just as your broken heart has wanted. This is not a promised land of the future, but one you can have right now! It is amazing how this begins to fall into place and what comfort it instantly brings. After a while you won’t want to do anything else but leave yourself and your heart in the hands of God. Marvellously too, you will no longer define yourself by your broken heart, you will rather define yourself by the new life that came your way because you gave your broken heart to God. Jesus did it on the Cross and when He rose again at the Resurrection, He ensured that no broken heart was ever beyond fixing. With Him every broken heart will ultimately bring about Resurrection …and you will see this with your own eyes!!