I was to meet the deliveries man at the back door at 8.00 a.m. one day last week. Lauds finished just a few minutes after 8.00 so, in a far from contemplative mode, I hurried along the cloister, not wanting to keep him waiting. I saw him there sitting in his van as I approached the back door opened it, and bustled out to greet him.

He quietly emerged from his vehicle and greeted me calmly and warmly.  Something in me quietened down as his presence commanded my attention.  He was completely possessed of himself and with grace and ease started to unload my order.  As I made the usual comments about the weather he suddenly lifted a finger and gently said to me “Listen”. I was dumbfounded. Listen is the first word in the Rule of St. Benedict and here I was hearing it from the deliveries man!

Head to one side, he was totally still.  And so I followed suit and listened. Then I heard it… the most exquisite birdsong penetrating the early morning mountain stillness. We both stood and marvelled at its beauty as he softly identified the singer. 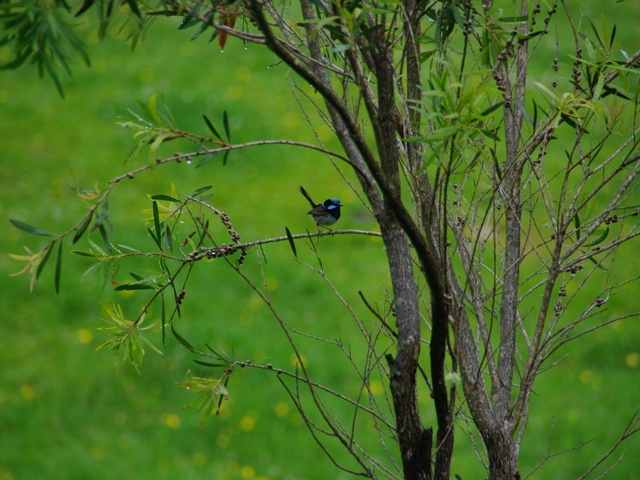 What melted my heart was not only the birdsong, magnificent as it was. There was something else as well. It was the realisation that I, a Benedictine nun whose whole life is meant to be that of listening, should be brought to that awareness by the delivery man at the back door on an ordinary Wednesday morning. It was not such an ordinary morning after all!

My heart melted with gratitude in that moment of encounter with a larger reality than my own need to be on time and to get on with the business transaction we were about to engage in.

As I stood watching him drive away I thanked God for the gift the deliveries man had given me through this encounter, and once again realised that contemplatives are not to be found only in monasteries!