The unsurpassed beauty of the Cross has been nudging its way into my consciousness lately… not from within, but from without. I will never understand the depth of its wisdom or the profound mystery at its centre; but I believe I am not meant to understand it. Rather, I am meant to allow myself to be drawn into it. And herein lies the difficulty! But more of that later.

It happened, as is often the case for me, in the early morning darkness. Sitting at my cell widow praying I suddenly became aware of the sun. It was just beginning to rise behind the gum trees. Its form was that of a cross, bearing such majesty and beauty that it almost took my breath away. At its centre was a circle of light emanating out to form the upright and horizontal beams. 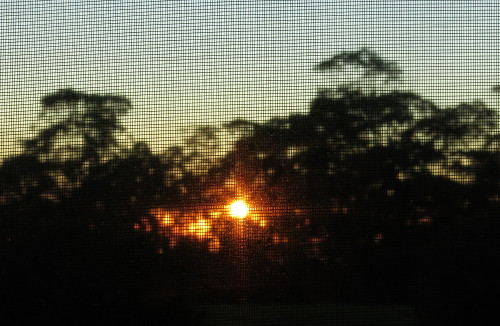 Just looking at it I instantly knew, beyond any doubt, that the mystery of the Cross is absolutely and profoundly beautiful. No wonder it has inspired the magnificent artworks that are so much a part of our Christian heritage.

Pondering all of this in the early morning stillness I was led to reflect on the mystery of the Cross that is at the centre of my own life. I know that I shrink from it! Jesus embraced the cross that His Father had asked Him to accept. My acceptance is far less noble, and mostly I find embracing it very hard indeed. Yet, it is as certain as the dawn that if I were to embrace it wholeheartedly, and in faith, then I too, could radiate forth the light of Christ, just as surely as the rising sun radiated forth its beauty this early morn when "the cross met the light in a great gum tree".

I pray that I will grow in the courage it will take to accept the gift of the cross offered to me by God rather than wanting to fashion a cross of my own choosing. I pray that you too, will have the courage to do the same; because it does take courage and it also takes heaps of faith and much, much love.

"I will make you a light for the nations
that my salvation may reach the ends of the earth."
Isaiah 49:6

Accepting the cross that comes my way in the course of my life is accepting the cross of God's choice for me. Accepting and embracing it, and believing in the Father's providential care for me in it, will enable it and me, and you, to become a light for the nations: grace and gift of God for us; Word of God for a broken world. 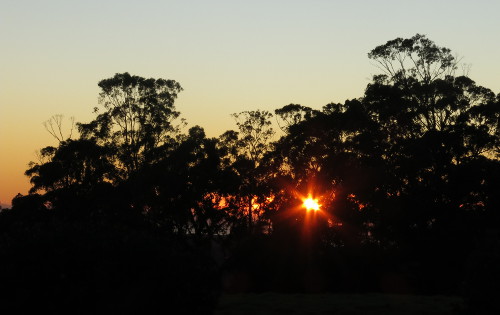