Let Us Dwell Together 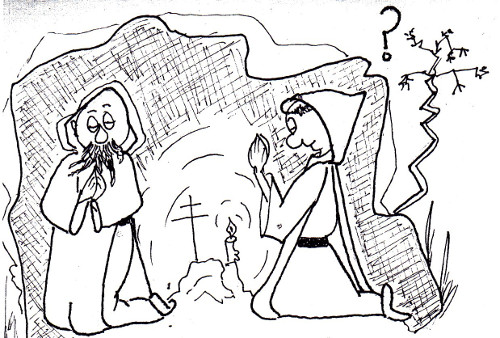 There were two brothers at the Cells. The elder said to the younger, 'Brother, let us dwell together.' He said to him, 'I am a sinner. I cannot live with you Abba'. But the other insisted on it, saying, 'Yes, we can do it'.

Now the old man was pure and did not like hearing from a monk that he had thoughts of fornication. The younger brother said to him, 'Leave me for a week and we will speak of it again.' When the week was over the old man came, and the younger, wishing to test him, said to him, 'I have fallen into great temptation, Abba, this week. Indeed, when I went to the village on an errand I sinned with a woman.' The old man said to him, 'Do you repent'? The brother answered, 'Yes.' The old man said, 'I will bear the half of your sin with you.' Then the brother said to him, 'Henceforth we can be together', and they dwelt the one with the other until they died.