One monk was moved to question the difference between the monk who received visitors and the one who did not: the example he chose was his visit to the austere nobleman, Arsenius, and to the reformed robber, Moses.

The former received him and sat down again to pray in silence, until the brother felt uncomfortable and left.

Moses came out to greet him with open arms, and they talked
all day with joy. 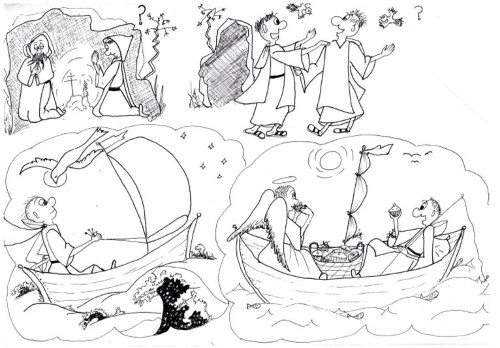 That night the monk had a vision. He saw Arsenius in a boat with the Holy Spirit, sailing quietly along the river of life; and he saw Moses in a similar boat with an angel, and they were eating honey-cakes – so he knew that both ways were acceptable to God.