Example Of A Brick

Two old men had lived together for many years and had never fought with one another. The first said to the other, 'Let us also have a fight like other men do.' The other replied, 'I do not know how to fight.'

The first said to him, 'Look, I will put a brick between us, and I will say it is mine, and you say, "No, it is mine", and so the fight will begin.' 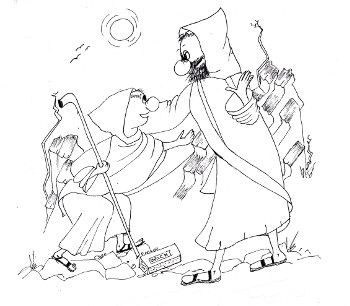