Blessed are the Peacemakers

It was said that there were three friends who were not afraid of hard work. The first chose to reconcile those who were fighting each other, as it is said, ‘Blessed are the peace-makers’. (Mt 5). The second chose to visit the sick. The third went to live in prayer and stillness in the desert. Now in spite of all his labours, the first could not make peace in the quarrels of others; and in his sorrow he went to him who was serving the sick, and he found him also disheartened, for he could not fulfill that commandment either. So they went together to see him who was living in the stillness of prayer. They told him their difficulties and begged him to tell them what to do. 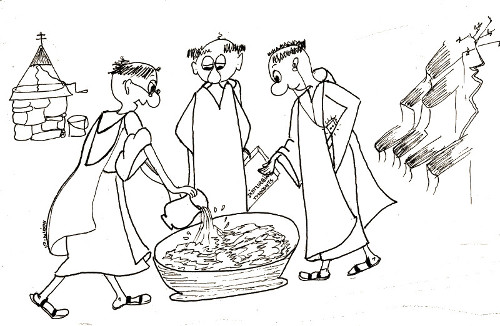 After a short silence, the poured some water into a bowl and said to them, ‘Look at the water’, and it was disturbed. After a little while he said to them again, ‘Look how still the water is now’, and as they looked into the water, they saw their own faces reflected in it as in a mirror. Then he said to them, ‘It is the same for those who live with others; disturbances prevent them from seeing their faults. But when a person is still, especially in the desert, then you see your failings.’ 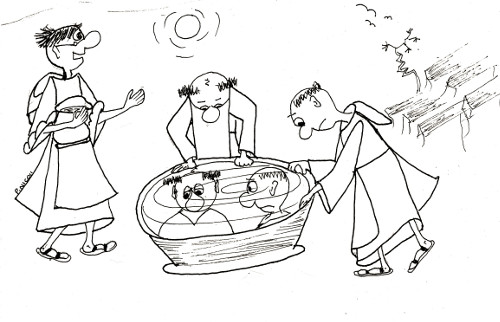 From The Wisdom of the Desert
Drawing: Phyllis Nicoll